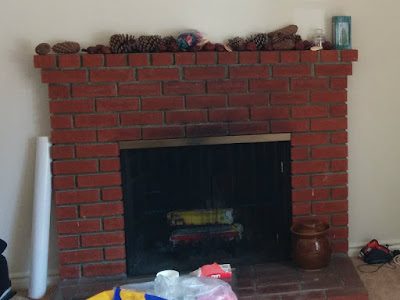 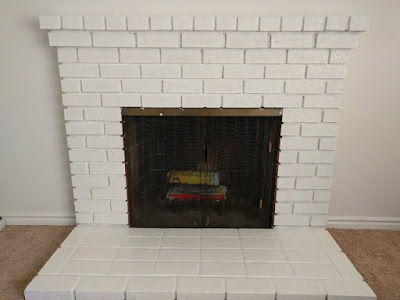 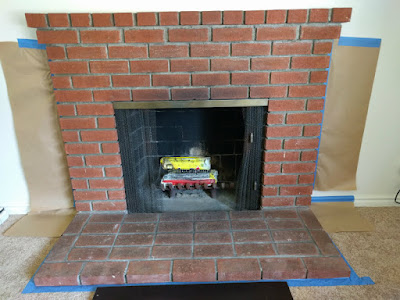 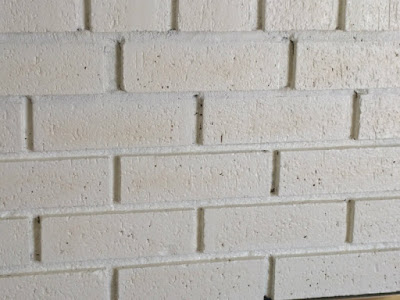 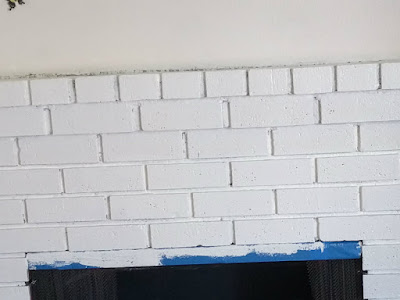 The Nice People I Have Met Here


As a newcomer in California, I have received lots of help from neighbours, colleagues, and most of the times, strangers. These friendly and warm-hearted people have made my life here much easier.

The help I got for my driving is the funniest. Though I had a driver license in China, I had never driven on road before I came here. There were twice when I failed to start my car and I thought the car was broken. I had to find someone hereby to help. They solved my problem gladly, and both of them turned out to be my silly mistake. There was another time when we parked our car on a slope, but we were unable to pull it out later. A young man helped pull our car out, without hesitation.

There are warm-hearted people everywhere. But I am impressed by the fact that people here are so willing to help a stranger, and that their help is often far beyond my expectation.

The first story that came to my mind was when I went to a culture & language training center for English level test. After I finished my test and was about to leave, I met one of their English teachers. We greeted each other and shook hands. He then told me, "American people prefer a strong handshake. When you shake your hands, shake firmly." He demonstrated to me what a firm handshake felt like, and we practised several times until I could make a "proper" handshake. This is a very impressive experience for me, and since then, I never forget to give people a firm handshake.

The second story was about my "shadow interview" experience. In my company, in order to be able to conduct an interview, we first need to be a "shadow interviewer" for several times. During the shadowing, we sit aside, watch the experienced interviewer conducting the interview, and learn from it.
Above is some background. So, I was the shadow interviewer of one of my colleagues that day. After the interview, he told me that we could discuss about the interview later. As the recruitment process finished, I reached out to him for review over the interview. I didn't expect much from the conversation. But he gave me not only details on what he expected from a good candidate and how he rated the interviewee,  but also lots of useful tips. For example, how he decided the boundary between a good candidate and a bad candidate, how he controlled the timing through communication. We spent about half an hour on the conversation, but I am sure the knowledge and experience I gained from the conversation will help and inspire me through my tech career.

I have been here for almost one year, and I am so grateful for all the help I received in this year. Deep in my mind, I always believe that being kind and warm-hearted to each other is the default state of human relationship, and the experiences here reinforces my believe.
Posted by Forest at 1:46 PM No comments:

I have been to San Jose Public Library's Alviso Branch Library many times. The library is located at a quiet place at the north end of North 1st Street. You can simply walk in and read any book you like. And if you want to borrow books home, you can get a library card immediately with a photo ID. It is a small library and most of its books are for children and teenagers， but it turns out that the teen books are just the right level for me - neither too difficult nor too easy.

Alviso Branch is just one of the more than 20 branches of San Jose Public Library. It is great to have many branches since parents can easily find a close one for their children. Today (Jul. 26), for the first time, I visited the main library - King Library.

The library has eight floors

and lots of books and computers.

Besides books and computers, there are group study rooms available which you can reserve for free.

Beethoven Center is at the 5th floor.

Lots of his manuscripts and advertisement for his show.

These panios are from beethoven's era. They have different keyboard from today's piano.

Everyday, lots of events are on-going in the library. Many of them are offered by volunteers, and you can get the list of them from their website. As an interesting example, there is a mini-concert on Tuesday demonstrating the differences between classic pianos and mordern pianos.
I wish someday in China, even in medium and small cities, there will be public libraries avaliable, with lots of people learning from the library, and contributing to the library.

Posted by Forest at 9:59 AM No comments:

One of the cool things to do in Bay Area is biking. The nice weather and bicycle-friendly road system make it a wonderful sport here.

Many roads here have designated bike lanes. Beyond that, there are lots of bike trails, which only bicycles and pedestrians are allowed to enter.

The first time I rode on a bike trail, I was surprised by how professional it is. Not only has it yellow lines to mark opposing sides of the trail, but it also has solid and dotted yellow lines, lots of signs, just as roads for vehicles! 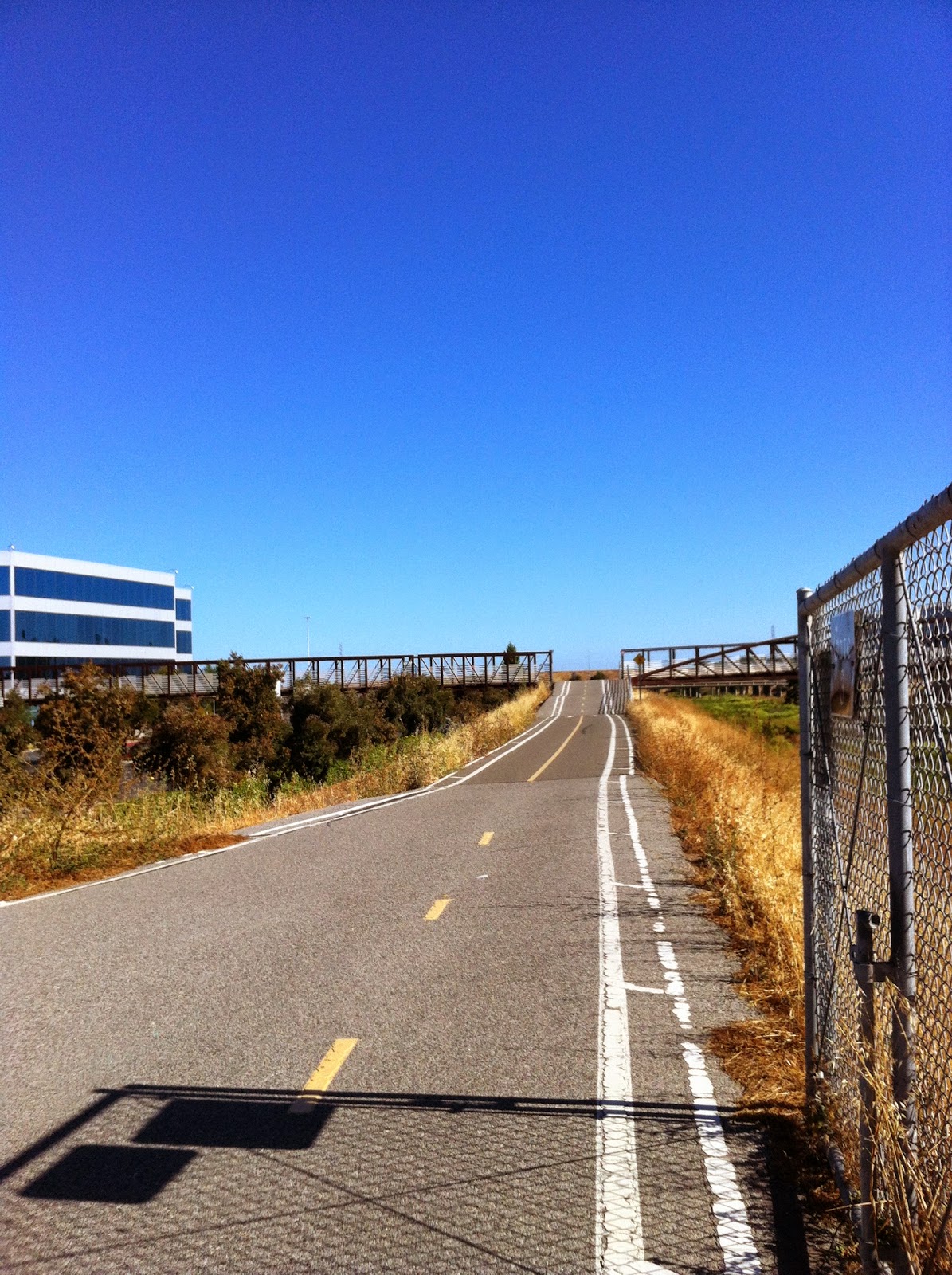 Even with nice weather and bicycle-friendly road system, biking could be boring if the trails are around tall buildings, or crowded communities. Fortunately, that is not true here. Lots of trails are along rivers, coasts, around and inside parks. So there are lots of scenic views you can see.

Just as an example, the Bay Trail is one of my favourite trails. I took these photos last weekend with my old iPhone 4 when biking.

My plan right now is to ride every weekend, and to visit as many trails as I can! 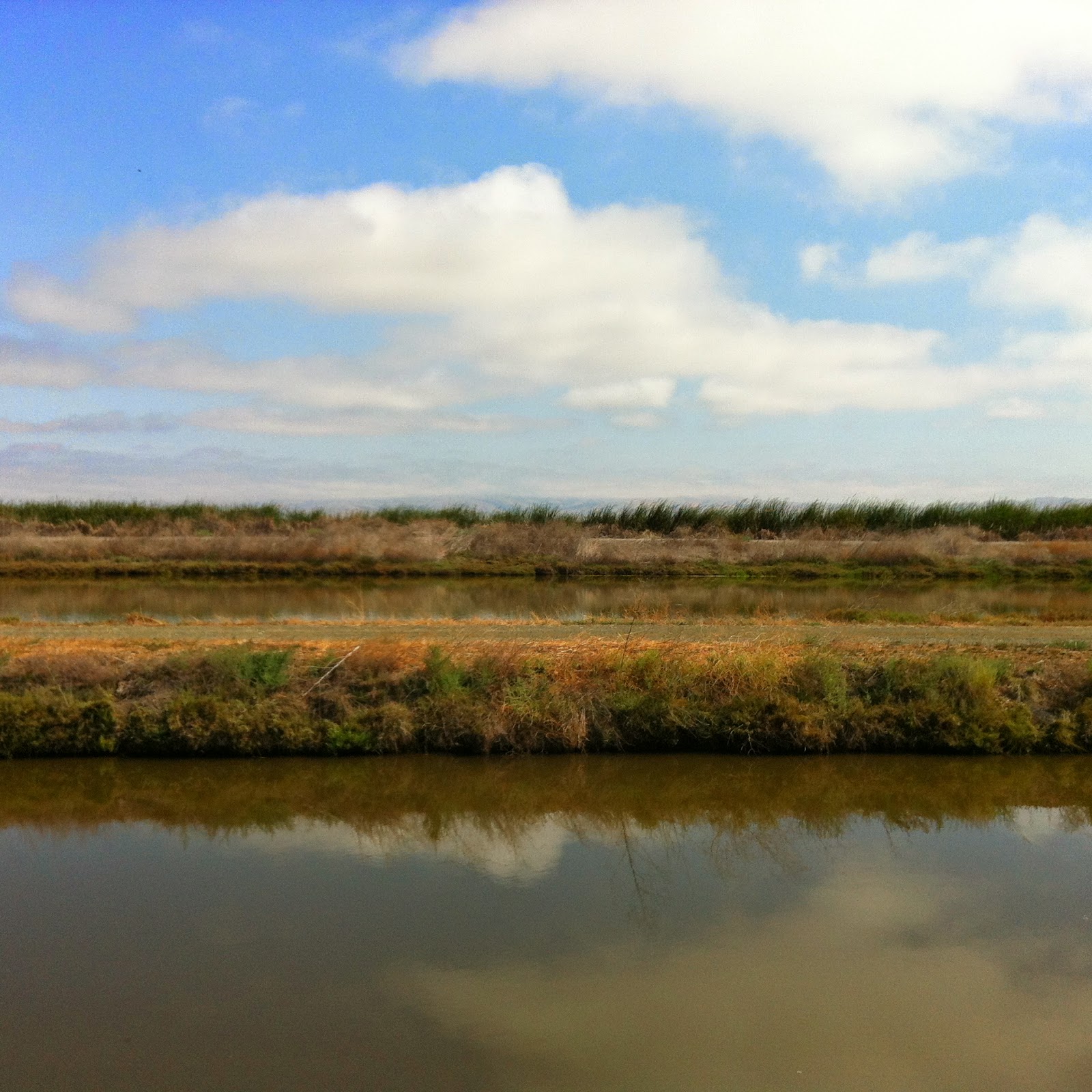 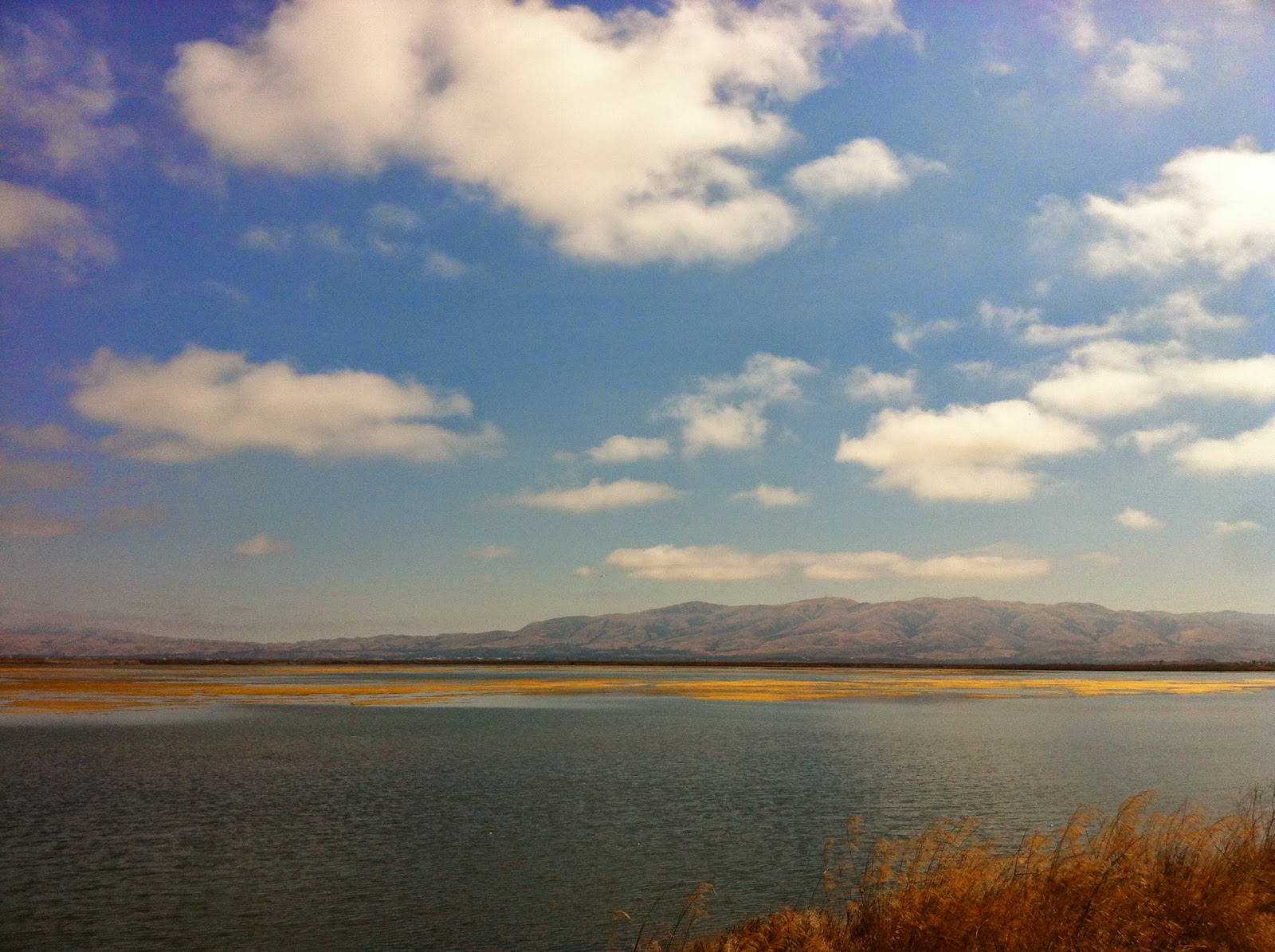 California, here I am!

It has been 10 months since I came to your place from China. So far, I enjoy almost everything you offer here - nice weather, less pressure, friendly & warmhearted people, and awesome workplace! The new things I am experiencing everyday make me feel energetic!

I know, from your eyes, I am fresh and odd. I can't greet people in a natural way. I don't understand many jokes while other people are laughing. My English is good only for work occasions.

But you are tolerant enough to accept an odd one. You are so open-minded, so multicultural since the day you were born. That is the key to your charm, and I love the way you are.

As to me, I am learning, I am experiencing, I am thinking, I am practicing - not to change myself, but to better know myself, to better understand people around me, to build a better world for everyone of us. I use this blog to share what I have learned, what I have experienced, what I have thought about, what I have practiced, with you. And I know, you would love to read it.

I am not sure how long I will stay here with you. But I am pretty sure, the days I am here with you will be one of the most important parts of my life, and this blog, will witness my love story with you.